It is upsetting and disconcerting when your ex girlfriend breaks up with you out of nowhere.

It causes you to question everything.

You can’t help but wonder what may have been her reason or what you may have done wrong.

You stay up nights asking yourself why did she break up with me without warning.

When I hear from clients who tell me, “my girlfriend randomly broke up me”, my heart goes out to them because I know how helpless they feel.

It doesn’t make it easier when I have to tell them that sometimes the cause is never fully understood.

You see, the cause of a sudden break up can be a bit tricky to figure out.

But that is what I am going to help you with today. Indeed if you need even more help in fashioning a sensible Ex Recovery Plan, then visit me here to learn more.

If you find yourself in a cloud of confusion because your ex just decided to end things with little or no explanation, just know that in time some of the fog will lift.

7 Reasons Why Your Ex Girlfriend Broke Up With You Out of Nowhere For No Apparent Reason?

I am not going to promise you that we are going to discover what is in the mind of your ex girlfriend.

Clearly, she’s either not interested in telling you her reason for breaking up with you or she just doesn’t know herself why she did it.  Yes, that is indeed very possible.

So we are going to tackle those two lines of reasoning as we try to make some sense out of why your ex girlfriend acted suddenly and mysteriously to end things with you.

Chances are that one or more of these seven causes is what fueled her behavior.

1. Your Ex Girlfriend Is Afraid Things Are Getting To Serious and Feels Trapped

Though you may think this is more of a guy thing – guess what – it’s not.

Your ex girlfriend could be backing out of the relationship because she is not ready to get serious.

She may feel you are pressing too much.  Your ex may be fiercely independent and when cornered, she may look for the nearest exit.

In her mind, her actions are justified.

The way she might see it is that things didn’t feel right to her, so she bailed.

While on the face of it all, it sure seems she is acting selfishly.  And she probably is.

But in her mind, it’s self survival and anything goes when she feels cornered or trapped.

2. Her Anger At You Is So Acute That She Doesn’t Want To Even Explain Her Reasoning

It is possible something happened between the two of you and she became so angry that she decided to take the nearest relationship exit ramp as quickly as possible.

To you it may feel like her actions to break up with you is so accelerated and that she really had no rational reason to bail on the relationship.

But to your ex girlfriend, the fight or flight reaction may have kicked in.

So what seems sudden and out of character for her could be a desperate, maybe even panicky flight to safety, leaving her little time or interest in telling you what is going with her.

3. Your Ex is Experiencing a Fickle Period 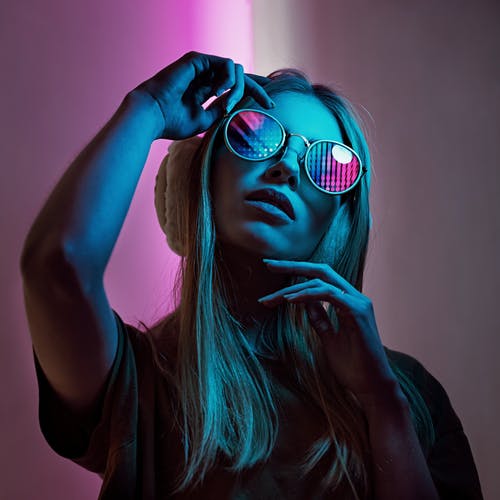 Sometimes your ex girlfriend will behave in a fickle manner.

Maybe it’s something that is core to her personality.  Possibly her reaction to abruptly end things with no explanation is representative of her unstable emotional bearings.

People change their minds and on the outside it can look like they are doing it for no reason.

But in many of these cases, while it may look random and immature – a product of a fickle disposition – your ex’s reasoning may make perfect sense to her.

It could be that she is struggling with what her true feelings really are.

As a result, it appears like she is bouncing in and our of the relationship. I know, it is frustrating like heck when this kind thing happens.  I would encourage to check out my Guide, “Ex Girlfriend Recovery Pro” to help you with working through all of this.

4. She is Having a Panic Attack and You Become Disposable

There are some break up situations that come about because your ex girlfriend was in a panic.

When this happens, no amount of reasoning or plain talk is going to uproot her from her fears and anxieties.

Hence, you usually get caught up in all this, even if you are just partly to blame for all her upset feelings.

5. Your Ex Girlfriend Wants To Go Back To Her Ex Boyfriend and Is Afraid To Tell You It is true that a lot girls just don’t want confrontation, particularly if it has to with having to confess that she still has feelings for her about her ex boyfriend.

If she has been in contact or messing around with an old flame and its going well – at least from her perspective – then it should not come as a shock to you that she will want to avoid telling you that ugly truth.

Therefore in such a scenario, your ex would rather end things with little to no closure just to get pass any unwanted drama.

While it does not really let her off the hook, in her mind it is a better solution than telling you something she knows will really upset you and also make her look bad.

6. She is Cheating and Feels Guilty or Ashamed So It’s Easier To Say Nothing

In this case, your ex girlfriend ends things with your in a way that seems cold and uncaring.

It doesn’t necessarily mean your ex is a heartless person.  But it could mean she is hiding a deep, dark secret.

She may have met someone new. And just isn’t ready to tell you.

Guilt and uncertainty may conspire to cause her to look for a way to relieve all of the internal emotional pressure.

So what does she do?

Well, to bring an end to her internalized suffering she just ends it and to avoid lying to you more, she says nothing and hopes she never has to admit it to you.

Think of it as a full out retreat into denial. In reality, she is deluding herself because you will eventually discover what drove her to act this way.

7. Your Ex Insists She Told You The Relationship Was In Trouble

Then we have the case in which you and your ex girlfriend are operating on two different communication wavelengths.

She thinks it is obvious why the relationship ended and just doesn’t want to spell it out to save herself and you from further hardship.

She may even insist that you were not listening to her, insisting that she has been telling you in all sorts of ways that the relationship wasn’t working.

Meanwhile, you may feel completely and utterly in the dark about any of these supposed signals she has been sending you.

It is true that sometimes women can communicate in odd and unusual ways and then expect that you are suppose to pick up on every frame of thought.

So it’s not surprising that you would be completely flabbergasted when she breaks it off.  She may insists that you must have known. She may even get upset with you about how you did not read her feelings.

It is possible you were not listening  or noticing things as you should have.  Maybe a part of you was pushing it away so as not to deal with it.

But it is also possible your ex girlfriend expects you to be a kind of mind reader.

And when these two things happen together, one ends up with a relationship mess on their hands.