Perhaps the one thing worse than going through a breakup is the period after the breakup where your ex is jerking you around. It can be confusing, anxiety producing, and irritating. Believe me when I say I’ve been there. I feel your pain.

Frequently, this involves you and your ex getting together and hooking up, or attempting to hang out just as just friends as you both try to adjust to the new reality of not being a central, prevalent part of each other’s daily lives. It’s a big change and adjustment for both of you.

So if it feels like your ex is giving you mixed signals and you’re confused, you’re not alone. It’s a common experience, and there is a way to use it to your advantage which we will talk about later.

But first: What does it mean? And what do you do about it?

When Your Ex GF Gives You Mixed Signals and Meanings It is very unlikely that your ex girlfriend just stopped having feelings for you out of the blue. It is way more likely that breaking up with you is a decision that she wrestled with. There is data that shows that men are quicker to break off relationships while women really debate the decision and give themselves a lot of time.

So if your ex girlfriend is giving you mixed signals, it’s likely she’s having mixed feelings on one level or another and really struggled with the idea of hurting you (unless she’s simply a horrible person, of course).

My Ex Girlfriend Thinks She Still Loves Me – Really?

Mixed signals happen for a variety of reasons that can be explored in other articles on Ex Girlfriend Recovery, so I won’t go too much into the breakdown of reasons here. But it can range from trying to maintain emotional control, to having second thoughts, to missing you and trying to figure out why that is, and what they are going to do about it. There are a number of reasons why, but the overall theme is that of confusion.

The good news is, if your exgirlfriend is confused, that means that you can do things to improve yourself and your relationship to make her realize that she would be an absolute fool to let you get away again.

Balancing the Scale of Your Ex Girlfriend’s Emotions

I frequently think of the process of getting an ex back like a balance scale. One side is “absolutely not! There is no way in hell I want my ex back,” and the other side is “I miss him/her so much, all I want is to have him/her back in my arms again.”

The ExGirlfriend Recovery process aims to help take you from being weighed down by the former extreme (“no way in hell”) to the latter (“back in my arms, please”). To tip the balance of the scales, as it were.

If you’re reading this article, it’s likely that the scales of your ex’s emotions towards you are perfectly balanced, on an even keel. This isn’t an awful place to be, but it’s not the best, either. The good news is, if your ex’s feelings towards you are neutral, that means you can work to tip the scales and put her mindset into “back in my arms, please.”

So how do you do this?

“The Best Apology is Changed Behavior”

I’m sure you’ve heard this quote before. Another related one we are going to touch on is “actions speak louder than words.”

This is why No Contact is incredibly helpful for this stage, and it really does set you up to be successful for the remainder of your exrecovery journey. I see a lot of girls on our private Facebook support group who have unfortunately not been so successful in getting their ex back.

Some of these women have gone into multiple No Contact periods, and the reason why is because they didn’t do the work to change themselves during their first No Contact period. Instead of focusing on themselves and making positive changes in their life for themselves that will also help them to re-attract their ex back to them. So then, when they begin to get back in contact with their ex, it becomes clear pretty quickly that those changes were temporary and not something that was changed at a core level, but rather, on a superficial one. To appear to have changed it not enough.

I have a close friend who has been with her boyfriend for 6 years. She has recently been thinking about if their relationship is sustainable long-term, as she has been unhappy with some aspects of her boyfriend. She’s pushed him to change and been honest about her needs, but he hasn’t budged, even though he has said he will. Recently, though, her boyfriend starting tackling some really big things, and she was just telling me last week how proud she is of him. I asked her if him making these changes was affecting how she felt about him long term, and she said “Yes. Because he’s showing the willingness and capability to change.” Sometimes a little effort is all it takes.

“You think you know who you are. What’s to come. You haven’t even begun.” – Tara, Buffy the Vampire Slayer, “Restless”

Changing Your Outlook and Focus Will Get Her Attention I think that there are a couple of things to focus on when trying to change yourself during No Contact and going forward. I’m an organized person, so I tend to really like lists to have a clear outline of my goals to work towards (crossing things off a list also give me immense satisfaction for some odd reason).

Once these two lists are made, proceed to address each of the issues one by one.

Behavioral changes take a bit more nuance to tackle, I think. They include things like: getting out of the habit of working overtime every day, listening to your girlfriend complain about her friends without trying to fix it, or learning how to show more physical affection. These are things that take thinking about the mental steps to get to the change.

Both categories are difficult to tackle, don’t get me wrong. But I think that lifestyle changes take a lot of discipline, whereas behavioral changes require you to rewire your brain and the way you think.

When I was younger, I never understood how one could just change their way of thinking. The process seemed so much more complicated than just deciding to change. I’ve realized that deciding to change is part of it, but it is only the first step in a multi-step process.

I think that there are 4 primary steps to changing a behavior, with the middle two steps being the most difficult and time-consuming to achieve.

Step 1 – Awareness: The first step of changing any behavior is to become aware of it. Perhaps it is something that your ex brought up during your relationship, or maybe it is something you’ve always known about yourself but you have been unable or unwilling to change. I think a lot of people tend to get stuck at this awareness stage, which is a dangerous place to be because it leaves you acknowledging that there is a problem, but refusing to take the necessary steps to solve it.

Step 2 – Brainstorming: This stage doesn’t involve taking any action yet, but it does involve thinking about the steps that will be necessary to attack the problem you want to change head-on, and how you will implement them. This stage is very important because if you do not lay the important mental groundwork to make the change, you are doomed to fail.

Step 3 – Action: This is the tough one. Using the brainstorming tactics that you laid out to implement the changes you’ve pinpointed that you want to change. This involves putting steps into action, and there may be some trial and error before the changes really start to take place and your old habits are broken. But if you feel frustrated, go back to the previous brainstorming step and re-visit the tools you set up for yourself there.

Step 4 – Continuing Change: It is not enough to simply change. You must maintain the change long-term until it is absolutely second nature. As in the previous step, there will be slip ups, but if you’ve achieved making the change take place once, it will be much easier to continue it. It takes discipline and hard work, but the reward is so very worth it.

Toolbox of Change to Tip the Scales

So, to recap: The process of getting your ex back is like trying to tip a balance scale. The best way to tip the balance scale to “back in my arms, please” territory is to show genuine change to prove to your ex that a relationship will be different this time. How do you change? You adjust your habits and behaviors. Not only for your ex, but more importantly, for yourself.
If you’ve been following the program for a while, maybe you are at a point with your ex girlfriend where the two of you have been building rapport, hanging out, and going out on dates.

Maybe you’ve even broached the sensitive topic of getting back together.

I think it’s not unusual for an ex to be confused when this comes up, because a lot of the time, they don’t realize that option is on the table, even if it is something that they want.
Once a relationship has been broken, both parties have to think very seriously about if it’s a good 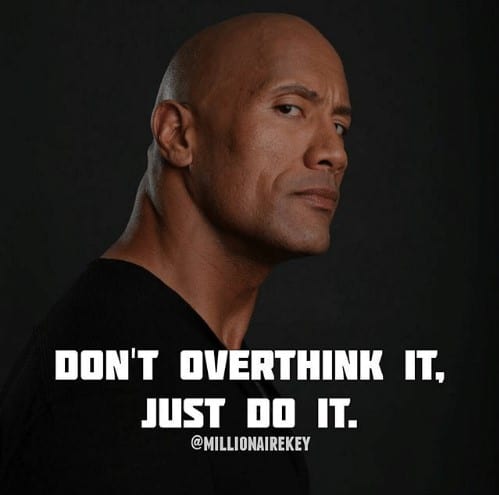 idea to try again, and what they will do differently to ensure that the same result will not happen again. That is why proving change is such an important step, and why 100% of the success stories in the Ex Recovery Program utilized it correctly.

So take the time, do the work, make the necessary changes. These steps are the basis of the Ex Girlfriend Recovery Program. If you can change, the doubts that your ex girlfriend has about you may totally melt away, along with her confusion.

You will be better for it, ex back or no ex back.